LOS ANGELES, March 22, 2017 /PRNewswire/ — The Fiji Airways Group is proud to announce a record profit of $84.5 million (Fijian Dollars), earned during the fiscal year that ended December 31, 2016. Fiji Airways’ profit increased by 20.5% compared to 2016 and the airline carried a record 1.4 million passengers, compared to 1.3 million in 2015. Fiji Airways’ success benefited from a robust demand from the U.S., accounting for approximately 27% of total point of sales revenue contribution for the airline. 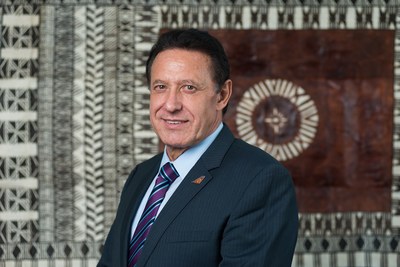 Mr. Andre Viljoen, Fiji Airways Managing Director & CEO, commented, «This is a fantastic result, as we record another year of growth in reported profit. This strong performance is a true testament to the tremendous work done by our team, responding strongly to the challenges we faced [in 2016].»

Fiji Airways took efforts to counteract the effects of Cyclone Winston, which affected Fiji in February 2016, by heavily discounting its fares. While reduction in rates cut into the airline’s revenue by more than $40 million (Fijian Dollars), these actions are attributed to the impressive growth in Fiji’s total tourism demand for 2016 and to Fiji Airways’ record profits.

«Last year was full of milestones achieved, culminating in the largest profit the airline has ever recorded. To achieve these results is nothing short of outstanding – in a year when we had the most devastating cyclone in our nation’s history to slow down tourism and the launch of three new international routes,» concluded Viljoen.

About Fiji Airways: Founded in 1951, Fiji Airways Group comprises of Fiji Airways, Fiji’s National Airline and its subsidiaries: Fiji Link, its domestic and regional carrier, Pacific Call Comm Ltd, and a 38.75% stake in the Sofitel Fiji Resort & Spa on Denarau Island, Nadi. From its hubs at Nadi and Suva International Airports, Fiji Airways and Fiji Link serve 64 destinations in 13 countries (including code-share). Destinations to and from the U.S. include: Fiji, Australia, New Zealand, Hong Kong, Singapore, Samoa, Tonga, Tuvalu, Kiribati, Vanuatu and Solomon Islands. The Fiji Airways Group brings in 64 percent of all visitors who fly to Fiji, employs over 1000 employees, and earns revenues of over FJD$815 million (USD $390m). Fiji Airways rebranded from Air Pacific in June 2013. Visit www.fijiairways.com for more information.

To view the original version on PR Newswire, visit:http://www.prnewswire.com/news-releases/fiji-airways-group-announces-record-profit-of-845-million-fjd-in-2016-300427534.html