DEA is granted «new authority» to surveil domestically during the protests, here’s what one attorney says it could mean to you 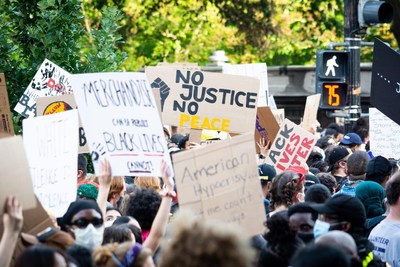 (To) Jesse Betend (TRICHOMES.com) or to whom this may concern,

Re: Comments on Article of June 02, 2020 (updated June 03, 2020)
https://www.buzzfeednews.com/article/jasonleopold/george-floyd-police-brutality-protests-government

The Drug Enforcement Administration («DEA») has been temporarily granted sweeping new authority to «conduct covert surveillance» over First Amendment protected speech. This surveillance could also encroach on one’s Fourth Amendment rights against unreasonable search and seizure1. If one can be subject to covert surveillance by the DEA for exercising their constitutional right to free speech, then what does that mean to the marijuana industry and the citizens who benefit from the use of medical and/or recreational marijuana2. One shot can start a war, and one joint can subject you to deprivation of your rights. One smell of marijuana, usually by law enforcement, can deprive you of your life, liberty and property.

Our justice system has allowed for systematic discrimination, mass incarceration, and corruption at the cost of many lives. Black Lives Matter and the George Floyd killing was only one example of the deprivation of rights. The cumulative effect of these deprivations has caused great pain and sorrow. Many tragic stories of unjust consequences start with the smell of marijuana. The smallest infractions can lead to the biggest deprivations. This temporary regulation could lead to far more serious consequences. However, let us hope that it does not; let us hope for peace and justice.

The memo from Timothy J. Shea states that DEA officers «will, as necessary…conduct covert surveillance…share intelligence with federal, state, local, and tribal counterparts…engage in investigative and enforcement activity including, but not limited to, conducting interviews, conducting searches, and making arrest for violations of federal law.» These powers are temporary but also overreaching and cause a chilling effect on First Amendment and other constitutional rights. Physical force is not the answer to police brutality and systemic discrimination. Absolute power corrupts absolutely. Despite failing to meet the definition of a schedule one controlled substance, and being relatively «safer» than alcohol, marijuana is a schedule one controlled substance under the Controlled Substances Act. Therefore, marijuana is illegal under federal law. This illegality persists despite over thirty states approving marijuana for medicinal use. Therefore, if the DEA can enforce federal law, one should worry whether they are going to enforce the federal prohibition of marijuana that has historically been used to suppress and incarcerate minorities. We should worry about this encroachment on our rights. If we continue to allow encroachments to our rights, then we risk losing them. The little things do matter.

The federal prohibition of marijuana is based, at least in part, on racism. Harry Anslinger, among others, used racism to make marihuana, now marijuana, illegal. Further, the disproportionate effect that the marijuana laws have had on minorities has only added to the injustice in our current system. Therefore, the fight for marijuana is more than a fight to allow the use of a medicine, it is also a fight to help correct racial injustice. In the context of the current situation, a smell of marijuana could lead you to be subjected to an unlawful search and seizure, as you are in violation of federal law. There is protection for those who operate and or participate in the highly regulated cannabis industry. The Rohrabacher–Farr amendment (also known as the Rohrabacher–Blumenauer amendment) prohibits the Justice Department from spending funds to prevent such states from implementing their own state laws that authorize the use, distribution, possession, or cultivation of medical marijuana. The protections have successfully survived litigation. In United States v. McIntosh, 833 F.3d 1163, 1168 (9th Cir. 2016), the issues was whether criminal defendants may avoid prosecution for various federal marijuana offenses on the basis of a congressional appropriations rider that prohibits the United States Department of Justice from spending funds to prevent states implementation of their own medical marijuana laws.» The court held that «[w]e therefore conclude that, at a minimum, § 542 prohibits DOJ from spending funds from relevant appropriations acts for the prosecution of individuals who engaged in conduct permitted by the state medical marijuana laws and who fully complied with such laws.» id. These temporary protections are still only temporary.

The marijuana industry is still federally illegal according to the law, yet it is a growing industry that defies all common sense (cannot bank, no federal aid, etc.). It may be legal in your state, but you still must worry about the federal government using covert surveillance on you for ingesting cannabis. You still must worry that a joint could deprive you of your life, liberty, and property.

One must remember that the cannabis industry is highly regulated and very technical. One must pay close attention to the difference in the laws of the state where you are. In Pennsylvania, smoking a joint would technically be a violation of federal law and not in compliance with Pennsylvania medical marijuana laws. Therefore, wake up! Because that technicality could lead to serious and life-changing consequences. This temporary and new authority granted to the DEA may seem like a protection measure, but is it? Who are we protecting? Should we not be focusing on the message being sent at these First Amendment free speech gatherings? Is the federal government listening to the message for justice? Unfortunately, if you educate yourself on the history of the federal prohibition of marijuana you will see that the federal government continues to cover its racist history and is fearful of the truth. Let us help effectuate change by legalizing marijuana!

DISCLOSURE: I am an attorney licensed to practice law in the Commonwealth of Pennsylvania. Any thoughts, views, or opinions expressed hereafter are those of Christopher D. Mandracchia, Esq. and do not represent the thoughts, views, or opinions of TRICHOMES.com or TRICHOMES LLC or its affiliates. This does not establish an attorney-client relationship and is not legal advice. Marijuana is currently illegal under Federal Law. Thank you for taking the time to read my opinion on this article.

TRICHOMES LLC is a News/Media Production and Software Development company based in Corona, CA., that specializes in original articles, podcast productions, vetted news, emerging research, and other business related information. TRICHOMES.com – «Your Homepage for Cannabis» is an information platform of which industry professionals have the ability to weigh in on public stories, research and the rampant misinformation that burdens the Cannabis industry narrative to date. TRICHOMES.com’s stated mission is «Clarifying the Chronicle of Cannabis–one search, one story, one breakthrough at a time».

Christopher D. Mandracchia, Esq. is a successful trial attorney and cannabis advocate with extensive experience working in the criminal justice system as both a prosecutor and criminal defense attorney.  He is well versed in the Controlled Substance Drug Device and Cosmetics Act, medical marijuana laws, and cannabis-related legal issues. His caseload includes interesting legal issues pertaining to marijuana, medical marijuana, hemp, and CBD. Mr. Mandracchia chairs the Montgomery Bar Association Medical Marijuana & Hemp Law Committee, is a lifetime member of the NORML Legal Committee, the National Association of Cannabis Business, the PBA Medical Marijuana & Hemp Law Committee, and Pennsylvania Association of Criminal Defense Lawyers. Mr. Mandracchia is admitted to practice law in Pennsylvania and is admitted in the United States District Courts of the Eastern and Middle District. He handles matters primarily in Montgomery County, Berks County, Philadelphia County, and in the Federal Court System. 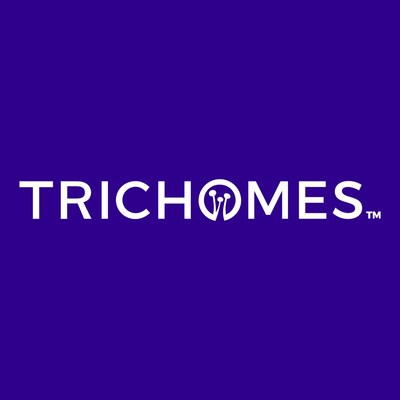