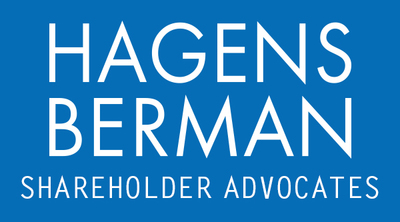 Under its 2010 agreement with the Justice Department, Ticketmaster was required to license its primary software to a competitor and was barred from retaliating against venue owners who use a competing ticket service.

On Dec. 13, 2019, however, Reuters reported that the Justice Department was preparing to take action against Live Entertainment for violations of the 2010 agreement.  Reuters reported that the concert promoter may have strong-armed concert venues into using its dominant Ticketmaster subsidiary.  Reuters further reported the U.S. now plans to extend the merger settlement agreement, currently set to expire next year, by several years to prohibit Live Nation’s coercive conduct.

«We’re focused on whether (i) Live Nation’s senior executives caused the company to violate the merger settlement agreement, (ii) Live Nation’s Board of Directors failed to carry out its supervisory and monitoring role, and (iii) the Company suffered damages,» said Hagens Berman partner Reed Kathrein.

Whistleblowers: Persons with non-public information regarding Live Nation Entertainment should consider their options to help in the investigation or take advantage of the SEC Whistleblower program. Under the new program, whistleblowers who provide original information may receive rewards totaling up to 30 percent of any successful recovery made by the SEC. For more information, call Reed Kathrein at 844-916-0895 or email [email protected].

About Hagens Berman
Hagens Berman is a national law firm with nine offices in eight cities around the country and eighty attorneys. The firm represents investors, whistleblowers, workers and consumers in complex litigation. More about the firm and its successes is located at hbsslaw.com. For the latest news visit our newsroom or follow us on Twitter at @classactionlaw.