Jupiter Systems, Strong as Ever, with Co-Founder Jack Klingelhofer at the Helm as Vice President of Engineering

HAYWARD, Calif., June 15, 2020 /PRNewswire/ — Jupiter Systems owes much of what it is today to Jack Klingelhofer, who in 1981 brought to market trailblazing concepts of computer graphics devices. The innovation first started with color graphics terminals, then color graphics for multiple displays computers, and later video wall processors alongside his co-founder, Eric Wogsberg. This innovation has not wavered in the almost 40 years of Jupiter Systems’ existence. 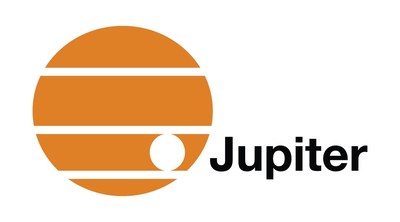 Through the years, Jack has made a name for himself in the field of graphics. He maintains a deep awareness of what is newer, faster, and more capable of meeting the tech market demands. He has spent over 4 decades leading the communications technology industry, adapting his designs to intel processors and then PCI Express and new interconnects. Originally, Jack designed only output, but his forward thinking enabled him to add various input mechanisms like RGB Capture, which has led to the top of the line products Jupiter is proud to offer the market today. Jack has authored or collaborated on numerous patents and continues to drive innovation, with the latest patent granted in November, 2019.

Jack received a Bachelor of Science in Math from the University of California, Berkeley. He then worked at UC Medical Center working on brainwave biofeedback before co-founding Jupiter Systems. Since its founding, Jack has played a critical role in the navigation of Jupiter as a company and now focuses his time in collaboration and innovation with his design team. Jack lives in the Montclair district of the Oakland hills.

With thousands of installations over 50 countries, Jupiter Systems is the premier visual tech company for all communication and collaboration needs. Jupiter remains on the cutting edge of the visual tech industry, providing innovative applications and services to clients across the globe.

« Beyond Meat Investors Who Have Held Their Stock Continuously Since May 2, 2019 Encouraged To Contact Kehoe Law Firm, P.C.
eBay Inc. Issues Statement Regarding Indictments of Previously Terminated Employees »