EL SEGUNDO, Calif., Oct. 27, 2021 /PRNewswire/ -- NEFT Vodka and the International Emerging Film Talent Association ("IEFTA") have joined forces for the second year in a row to host the NEFT Emerging Film Talent International ("NEFTI"). NEFTI is a groundbreaking annual competition established to discover, develop and promote filmmakers from emerging economies around the world. Dedicated to providing opportunities to film talent who might otherwise go unknown, NEFT devised the competition to present these filmmakers a chance to pitch and produce stories for global audiences. 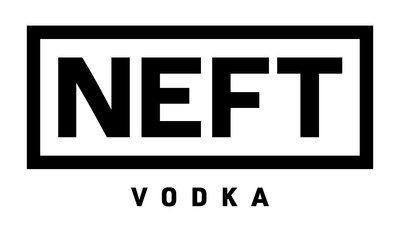 Funded entirely by NEFT Vodka, the three finalists with the most compelling proposals will produce a short film on a $3,000 budget, one of which will be chosen for the grand prize of $5,000. All three of the fIlms are then submitted to several international film festivals and showcased by IEFTA and NEFT Vodka on a variety of platforms.

In addition to the cash award, the grand prize winner joins the judging panel for the following year's NEFTI, working closely with three recognized and highly-regarded film industry veterans. The panel includes: award winning actress, producer and director, Vivica A. Fox; Oscar and Tony award winning film, television and theater producer, Bruce Cohen; and, producer and current President of Feature Post-Production at 20th Century Fox, Ted Gagliano. For the inaugural competition, independent fillmaker and NEFT's Chief Creative Officer, Paul Robinson acted as the fourth and final judge. In all future NEFTI's , Robinson will be replaced by the winner of the prior year's competition.

To challenge and inspire the competitors, each film must embody NEFT's belief that humor can be found in everyday life, reflecting NEFT's motto that "Life is a story. Make it a good one." In addition, a barrel of NEFT must be included in some capacity that is not a simple product placement. This affords the filmmakers to experience working within specific parameters of a brand and develop skills that they may not yet have been exposed to.

Last years finalists, Semagngeta Aychiluhem from Addis Ababa, Eithiopa, David Japaridze from Tbillsi, Georgia and Natasha Griffiths from Manchester, Jamaica, documented their journies through behind the scenes videos shot by the filmmakers themselves, and weekly check-in meetings with Robinson. These updates showcased the challenges and successes of the process including casting, location scouting, production schedules and budget constraints. Using this footage, NEFT produced a heartwarming and hilarious one-hour "Making Of"documentary that is also being submitted to film festivals. A one minute trailer is available for more insight into the inaugural NEFTI documentary.

Crafted in the Rhaetian Alps of Austria for its oxygen-rich spring water, NEFT uses only four unique non-GMO ancient rye grains for a vodka so pure, it requires only three distillations. The result is a refined flavor profile and a natural, slightly sweet finish so smooth, you'll want to sip it neat. Since debuting in the U.S., NEFT has received multiple accolades and awards including: "Best Vodka" out of 170 other global entrants, back-to-back Double Gold medals at the prestigious San Francisco World Spirits Competition and a 98-point rating from The Tasting Panel magazine.