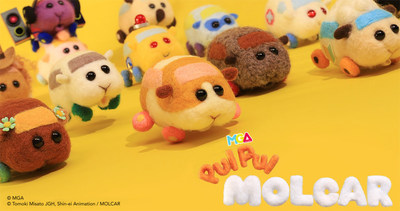 After 42 years of creating, designing and producing popular toy after popular toy, for the first time ever MGA will be partnering with an equally popular Japanese brand to bring global innovation to life! MGA will develop a robust line of Molcar toys that will launch in Summer 2022 and are expected to be the next big merchandise trend for the year and beyond. The latest new Japanese IP to release this year, Molcar is a popular anime series that currently airs on YouTube, TV Tokyo and Netflix and has been viewed over 36 million times. Popular in Japan, Europe and North America, the addictive episodes detail the adventures of guinea pig characters who have been transformed into vehicles powered by human drivers and are filled with humor as well as a touch of heart-wrenching emotion. Pui Pui Molcar is a global sensation already and the new line of toys will continue to captivate kids and millennial adults worldwide with fantastical elements perfect for immersive play or collecting.

Isaac Larian, CEO and Founder of MGA says, "MGA Entertainment is proud to partner with Dentsu, Inc. and bring innovation, digital dominance, world class performance, and distribution to this collaboration. Every property MGA has launched has been an uber success - and Molcar will be too."

"In addition to their core Molcar toy line, MGA will develop a robust and unique licensing program featuring best in class industry leaders across home, apparel and accessories, electronics, and gaming. Both the Molcar toy and licensed products are slated to be sold at all major retailers Summer 2022."

The setting is a world where guinea pigs (pronounced "molmotto" in Japanese) are turned into cars. This is the "molmotto car", a healing car. It has big round buttocks, round eyes and short arms and legs. They are  always running around with a silly look on their face. Even if there is a traffic jam, just looking at the guinea pig's butt in front of you is soothing. This is an animation full of guinea pigs with healing, friendship, adventure, and crazy action around various situations unique to cars! Japanese viewership was so strong that Netflix began airing the content in March 2021, only 2 months after it began airing on TV Tokyo. Additionally, a 34-minute 3D movie was released in Japanese theatres this past July 22nd, with impressive opening weekend box office numbers. 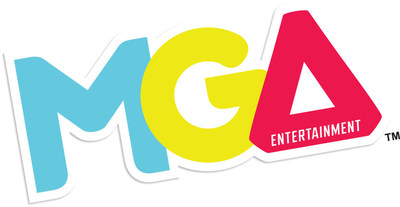