COSTA MESA, Calif., Nov. 24, 2021 /PRNewswire/ -- Attention-deficit hyperactivity disorder (ADHD) is one of the most commonly diagnosed disorders in children, however, controversy surrounds diagnosis as no reliable biomarkers have been identifieduntil now. 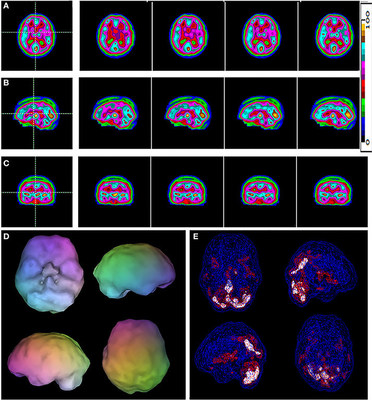 A new brain imaging study has pinpointed specific biomarkers for the common condition that affects an estimated 9.4% of children and 4.4% of adults. Historically, the diagnosis of ADHD has relied primarily on symptom clusters and involves a great deal of subjectivity, which can lead to misdiagnosis.

The new study in Frontiers in Psychiatry analyzed brain SPECT scans from 1,135 subjects and found significant differences in those with ADHD compared with healthy controls. SPECT (single photon emission computed tomography) is a functional brain imaging tool that measures blood flow and activity.

In the participants with ADHD, SPECT scans revealed decreased blood flow in several areas of the brain, including the prefrontal cortex, basal ganglia, and cerebellum, that were significantly different from the healthy control group.

The study's lead author Daniel G. Amen, MD, says finding reliable biomarkers for the diagnosis of ADHD is critical for the well-being of children and adults. "Misdiagnosing ADHD or being treated with the wrong plan can lead to additional issues that compound problems. For example, ADHD symptoms such as inattention can be related to many other things, including anxiety, poor sleep, head injuries, food sensitivities, and more," says Dr. Amen.

"Similarly, children and adults who have undetected and untreated ADHD are at increased risk of depression, substance abuse, school failure, and obesity, among other issues," says Dr. Amen. "The biomarkers seen in functional brain imaging such as SPECT can help people get a more accurate diagnosis, so they can get the treatment they need."

ABOUT AMEN CLINICS
Amen Clinics, Inc. was established in 1989 by Daniel G. Amen, MD, who is a psychiatrist, neuroscientist, and 12-time New York Times bestselling author. Amen Clinics has the world's largest database of functional brain scans relating to behavior, totaling over 180,000 scans on patients from 155 countries.