The Nostalgia Of The Past Is The Future: Stillhouse Spirits Co. Shakes Things Up With G-Eazy This year both creators are burning brighter than ever: Stillhouse with its one-of-a-kind daring red, stainless steel can that goes where glass can’t, and G-Eazy, style icon at the helm of hip-hop and pop music, and one of Forbes’ «30 Under 30» honorees, with his recently announced new album titled «The Beautiful & Damned» on the way this fall. «Spirits companies had approached me with endorsement deals but that was just money,» said G-Eazy. «I kept running into Stillhouse everywhere and fell in love with the brand not to mention its smooth whiskey. I wanted to partner with Brad because he has this infectious energy and passion for the brand he’s continuing to grow. We hit it off quick with an instant shared vision and love for Stillhouse.»

Given Brad and G-Eazy’s mutual enthusiasm for whiskey, respect for each other’s hustle mentality, and love for Johnny Cash (whose audacity and unapologetic artistry has deeply inspired them), Beckerman knew partnering was the right decision: «We had an instant bond – in my gut I knew that G would make an amazing partner and contributor to Stillhouse because of his drive, creativity and meticulousness. Stillhouse blends nostalgia and heritage with just the right amount of irreverence and G pushes the envelope to elevate that further.» The fast friendship led G-Eazy to invest in Stillhouse, which marks the rapper’s first spirits venture and closes a significant round of funding for the company.

Beyond a love of whiskey, the duo is respected for their business acumen and willingness to take risks. As a college graduate from Loyola University G-Eazy applies his marketing expertise to his art, ensuring every event is a curated experience providing exclusive meet & greet packages and fan activations. In addition to his merchandise available for purchase at regional shows across the US, he has extended his efforts to global pop-up shops that also feature special brand collaborations. Beckerman, a serial entrepreneur and former Chief Creative Officer at Live Nation, brings to the table his business savvy, keen eye for branding and depth of experience in spirits, music, fashion, sports and entertainment.

First on deck: G-Eazy will help to open the Louisiana market, which is home to the musician’s alma mater. This market expansion is a reflection of accelerated demand and continued growth for the young powerhouse whiskey brand. G-Eazy shared, «I’m honored and excited to represent my second home and old stomping grounds. Can’t wait for NOLA to see what we have coming!»

Stay connected with Stillhouse by visiting www.Stillhouse.com and follow along @StillhouseUSA.

ABOUT GERALD «G-EAZY» GILLUM
Bay Area rapper G-Eazy is hip-hop’s strapping new mainstream maestro. He has skyrocketed to superstardom with the release of his sophomore album When It’s Dark Out (RVG/BPG/RCA Records) which debuted at #1 on Billboard’s R&B/Hip-Hop Chart and Top Rap Albums Chart and #5 on Billboard’s Top 200 Albums Chart and RIAA certified platinum selling over 1 million copies in the US. The album features his smash single «Me, Myself, and I» with Bebe Rexha which is 7 times platinum worldwide and been streamed over 1 billion times globally. The track was #1 at both Top 40 and rhythm radio for 2 weeks and reached #7 on the Billboard Hot 100 chart. 2017 has seen G-Eazy perform live on television on The Voice, play countless sold out shows, the Step Brothers EP with Carnage, and the release of «Good Life» feat. Kehlani on the Fate of the Furious movie soundtrack. Discover more at www.G-Eazy.com and follow along @G_Eazy. 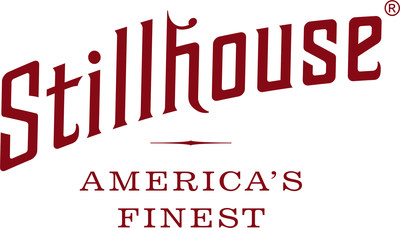 To view the original version on PR Newswire, visit:http://www.prnewswire.com/news-releases/the-nostalgia-of-the-past-is-the-future-stillhouse-spirits-co-shakes-things-up-with-g-eazy-300480411.html