The Tech announces search for next president

SAN JOSE, Calif., Dec. 4, 2019 /PRNewswire/ — The Tech Interactive, a nonprofit science and technology center in San Jose, Calif., announced today that it will launch a national search for a new leader, following the appointment of President and CEO Tim Ritchie as the 13th president of the Museum of Science, Boston. Ritchie joined The Tech in 2011 from McWane Science Center in Birmingham, Ala. 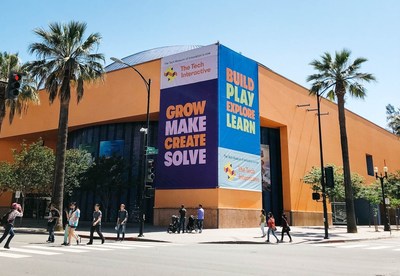 «The Tech’s board is very grateful for Tim’s contributions over his eight-year tenure,» said Christopher DiGiorgio, board chair at The Tech, who will take over as interim president while the search is conducted. «His talented, principled leadership has put The Tech on a solid foundation, with world-class exhibits, nationally recognized educational programs and strong financial footing.»

Since Ritchie joined The Tech in 2011, the nonprofit has made ambitious strides in its mission to inspire the innovator in everyone, transforming the landmark San Jose institution into a true community resource. The Interactive, formerly called The Tech Museum of Innovation, has been completely renovated, including all exhibit spaces once The Tech’s newest exhibit opens in fall 2020. The organization won the National Medal for Museum and Library Service, the highest award a U.S. museum can earn, in 2015. This fall, the BioTinkering Lab on the Upper Level of The Interactive, was awarded the Leading Edge Award for Visitor Experience, the equivalent of an Oscar in the exhibit world.

Under Ritchie’s leadership, The Tech has raised more than $100 million to fund exhibits and educational programs, many of them aimed at closing the opportunity gap in Silicon Valley. The Tech Academies program, for example, reaches about 30,000 students a day in underserved San Jose and South Santa Clara County schools. The program trains educators in 10 districts to integrate engineering design into their curriculum, helping students develop their own problem-solving power.

«It has been an honor and a joy to serve as The Tech’s president during this time of growth and change,» Ritchie said. «The Tech’s remarkable board, staff, donors, partners and community support position it to make a meaningful difference in the lives of millions of people locally, nationally and globally. In a world driven by science and technology, The Tech has an increasingly important role to play.»

Ritchie will be joining his wife Christine, a renowned physician, who was appointed earlier this year as the Minaker Endowed Chair of Geriatric Medicine at Massachusetts General Hospital. His last day at The Tech will be Jan. 24.

Earlier this year, The Tech changed its name and announced a new 20-year vision, to reach 100 million people a year around the world by 2039. Since then, The Tech has delivered professional development workshops and resources to teachers in Iowa, India, Nigeria and Guatemala, and partnered with Discovery Education to bring The Interactive’s exhibition and educational materials onto a platform reaching 5 million educators and 51 million K-12 students in more than 90 countries.

«Our next leader will have a strong strategic and financial platform — as well as an experienced, knowledgeable team of vice presidents — to help deepen and broaden the impact of The Tech,» DiGiorgio said.

DiGiorgio is a 40-year Silicon Valley veteran and leader of technology companies, academic and civic institutions. He spent more than 30 years with Accenture and was managing director for the Northern California practice. He is also well known for his civic leadership, having served as co-chair of Joint Venture Silicon Valley, as a member of the Chancellor’s Business and Industry Advisory Council for the Foothill-De Anza Community College District and as vice chair of the Bay Area Council Economic Institute. He has been a member of the board of The Tech for 10 years, the past seven as chair, where he worked actively alongside Ritchie in transforming the institution and developing the strategic vision to guide the next 20 years.

The Tech will be reaching out to community stakeholders to participate in the search, which is expected to be concluded within the first half of 2020. Candidates interested in the position should send an email to [email protected].

About The Tech Interactive
The Tech Interactive is a family-friendly science and technology center in the heart of downtown San Jose. Our hands-on activities, experimental labs and design challenge experiences empower people to innovate with creativity, curiosity and compassion. The Tech is a world leader in the creation of immersive STEAM education resources to develop the next generation of problem-solvers locally, nationally and globally. We believe that everyone is born an innovator who can change the world for the better. 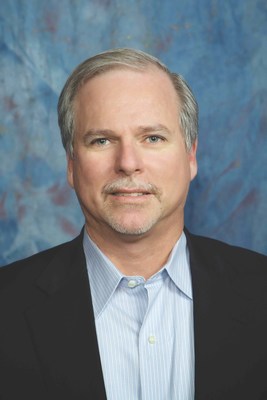