SAN JOSE, Calif., May 18, 2019 /PRNewswire/ — On May 14-16, SID Display Week 2019 kicked off at San Jose Convention Center, California. Display Week is the world’s leading event focused on display technologies and is presented by the Society for Information Display (SID). For 2019 Tianma received two prestigious awards from SID – the People’s Choice Award.

Tianma won in two categories of the People’s Choice Award: 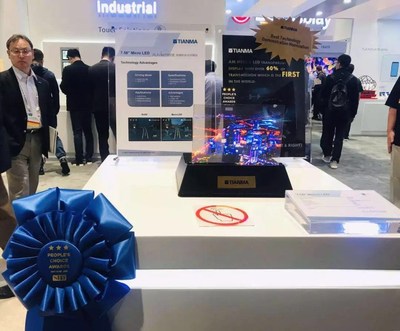 Tianma has made great progress in Micro LED Technology. Tianma  introduced, a product developed in conjunction with PlayNitride, the world’s first 7.56» AM Micro LED screen with a penetration rate of over 60%. Compared to OLED displays, the Micro LED has greater stability and longer life with 720×480 resolution (114PPI), over 60% transparency, and a frame less than 0.7mm thickness. Focus applications include vehicle applications such as HUD for drivers. 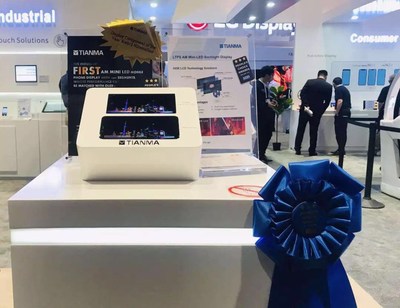 The LTPS AM mini LED HDR LCD was developed by Tianma and features local dimming with up to 4,600 partitions. The mini-LED display has key performance advantages including high contrast ratio (>100,000:1), high brightness (>1,000nits), high color gamut (DCI-P3) and wide viewing angle! It boasts significant competitive advantages for smartphones thanks to its great innovation and exquisite screen resolution.

The People’s Choice Awards were determined as a result of voting by registered attendees to Display Week 2019. Tianma is proud to have been selected for these honors as determined by the votes of our peers in the display industry.