LOS ANGELES, June 22, 2020 /PRNewswire/ — A secret message on a Byzantine icon decoded by a Greek American history professor led to the discovery of a «new Ark» which contained a piece of the True Cross, as well as the secret Greek Fire formula—history’s first napalm bomb. 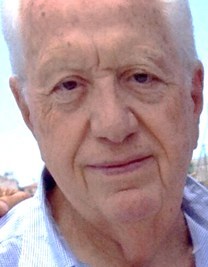 The novel, «Unlucky Tuesday» by Jim Birakos, just published and available on Amazon.com, takes the reader on a breathtaking venture through Greece filled with episodes and enigmas, and to a thrilling journey and nonstop action in European cities and Los Angeles and Las Vegas.

Called «Unlucky Tuesday» because on that day Constantinople fell, as did the Twin Towers. Tuesdays is considered to be an ill-fated day in the Greek world.

In the book, a bishop of Constantinople, just before the great fall of the city to the Ottoman Turks, was determined to fashion a new Constantinople by copying God. He created a small Ark to be discovered in better times. In it he placed a chunk of Christ’s cross to rescue the faith, classic writings to again shape Western thought, and the mysterious Greek Fire formula to protect it all.

According to historical documents, Greek Fire became the most devastating weapon of Christendom for over seven centuries. It was a highly flammable liquid made of secret ingredients and used both in catapulted incendiary bombs and sprayed under pressure to launch flames at enemy ships and fortifications. Water further infuriated the fire.

To guarantee its secrecy, the formula was passed on from emperor to emperor in Constantinople. All attempts to date to duplicate the ferocious fire have failed.

Birakos’ meticulous research and collaboration with scientists and chemical experts was able to replicate the Greek Fire formula and present it in the novel.

Dr. Birakos is a published author of books and short stories and this is his premier novel. He is the leading figure on the environment who led Los Angeles’ successful battle against smog. The Los Angeles Times wrote: «When you speak of smog in Los Angeles, the operative name is Birakos.» He has a doctorate in environmental science and has advised some 30 nations and taught at American and European universities.

Published by Amazon, «Unlucky Tuesday» is available on Amazon.com. An electronic version is also available on Kindle.com.